A Change for All

In the nineteenth-century, Americans started to pay attention to the less fortunate. At that time, prisons were dirty places. Many times hardened criminals were mixed with insane people or first time offenders. The hospitals didn’t know what to do with insane people, so many times they were kept in cages, pens or stalls, and were often chained to the wall without receiving any care.

Humanitarian aide was provided, and they began making changes. Prisons that provided rehabilitation for criminals were built. Some old prisons continued to operate after they were cleaned and renovated. A teacher, Dorethea Dix, made a big change for the insane in 1841. She launched a strong campaign against the inhumane way insane people were treated. Many state hospitals began giving decent care and treatment to the insane.

The man who opened a new world for the blind was Dr. Samuel Howe. In the Perkins School for the Blind, he taught blind people to take care of themselves and to be more useful in their work.

Other groups who made a difference in the lives of others were the temperance societies (now Alcoholics Anonymous), the World Peace Movement, and the Organization of Women’s Rights.

Slaves were the least fortunate group. They lacked many things but most importantly they didn’t have freedom. William Lloyd Garrison founded a newspaper called “The Liberator.” In his newspaper, Garrison wrote about the cruelty of one man owning another man. Later, he founded the New England Antislavery Society. This is considered to be the beginning of many antislavery movements.

In 1836 and 1837, the states of Georgia and Massachusetts opened colleges for women. Historically, women had not been given the same opportunities as men. 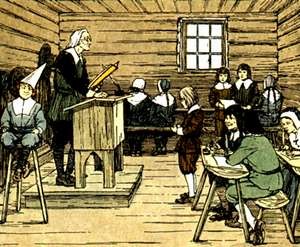 Write one sentence to describe the history of Creating the a Change for All in the U.S for each area below: