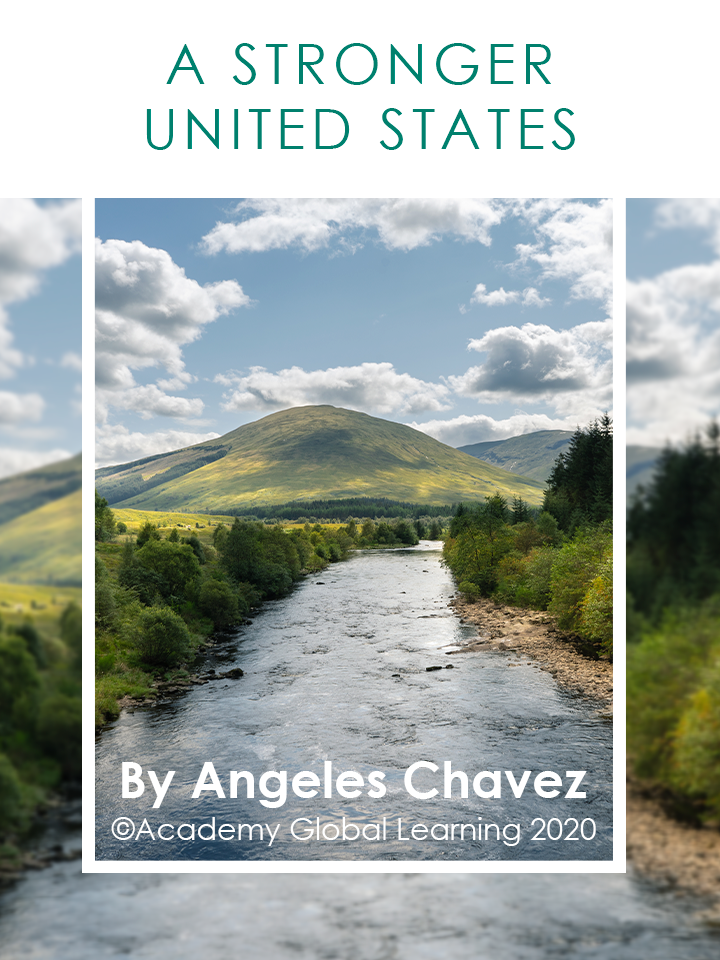 Thomas Jefferson was the third President of the United States. He had many very different talents. As an architect, he showed his skills creating great buildings. He designed his home (Monticello), the capitol building of Virginia, and the University of Virginia.

He had many ambitions for this country. He was one of the founders of the Library of Congress (he donated his personal library). He designed the decimal money system used in the U.S. today. He was the author of the Declaration of Independence, and he was a successful lawyer.During his office, President Thomas Jefferson doubled the size of the U.S. He bought the Louisiana territory from France for $15 million. In 1803, President Jefferson sent James Monroe to Paris to make an offer to Napoleon for the city of New Orleans. At that time Napoleon was having problems in his own country; he was desperate for money.

In an attempt to get money quickly, Napoleon offered James Monroe the entire Louisiana territory. The American representatives were surprised by this offer because it was much more than what they had expected. They quickly accepted the offer. With this new land, the United States gained full control of the Mississippi River. This was known as the Louisiana Purchase. 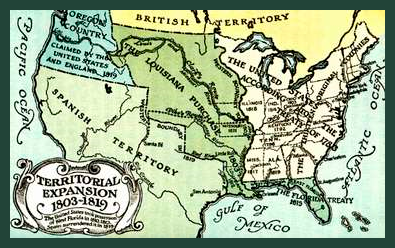 President Jefferson commissioned Meriwether Lewis and William Clark to find a water route to the Pacific Ocean. On May 14, 1804 they led an expedition to explore the Louisiana territory. Lewis and Clark made many friends with the Western Indians.

A very helpful Indian friend was a woman named Sacagawea. She accompanied and guided Lewis and Clark while they went through Indian lands. She was a very intelligent and brave woman who spoke several different Indian languages. One of her big accomplishments during the expedition was helping Lewis and Clark find the Shoshoni Indians. The Shoshonis were shy people who usually would hide from others.

The Shoshonis gave horses and provided guides to Lewis and Clark to help them with the expedition. When Lewis and Clark found the Columbia River they followed it until they reached the Pacific Ocean in 1805.

They claimed the Land around the Columbia River for the U.S. This became known as the Oregon Territory. On September 23, 1806, Lewis and Clark returned to Saint Louis, the place where their journey had begun. 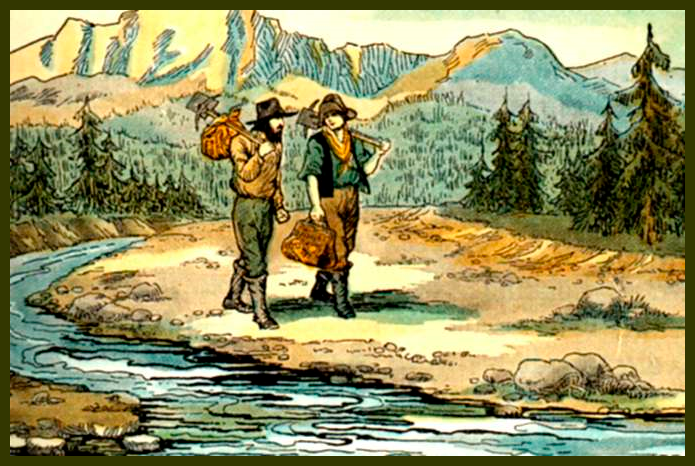 In 1807, the U.S. Congress passed the Embargo Act to keep ships at home. The embargo stated that no ship could come to the U.S. and no ship could leave the U.S. Congress passed this law to try and stop the kidnapping of sailors. This was also a way to keep the country out of another war, but, this law put the country’s economy in crisis, and the kidnapping of sailors did not end either.

In 1809, Congress stopped the Embargo Act. American ships were allowed to sail and trade again with other countries except France and England.

In 1811, the Indian Chief Tecumseh fought with American settlers.

The Americans thought that England was encouraging the Indians to fight against the U.S. government.

The kidnapping of American sailors didn’t stop. In 1812 President Madison saw no other choice but to declare war against England. As part of the war strategy, Americans planned to conquer the British colony of Canada. After several attempts to capture it, the Americans failed. The British were enraged because several towns were burned, and they reacted to this by invading American territory. With their frontier training, and because of the naval battles fought on the Great Lakes, the Americans were able to succeed at holding off the British attacks.

The British began to burn cities on the Atlantic Coast. On December 24, 1814, the English attacked Washington D.C. President Madison was not in Washington D.C. at the time of the attack, but was on the Chesapeake Bay.

His wife, Dolly Madison, hurried to pack some official documents and valuable art treasures, such as Washington’s White House portrait, and went to Virginia. The British entered the city and set fire to the White House, the Capitol, and other buildings.

After two years, England and America ended the war by signing the Treaty of Ghent. During this war, Francis Scott Key wrote the poem “The Star-Spangled Banner.” This poem was adopted later as the national anthem. 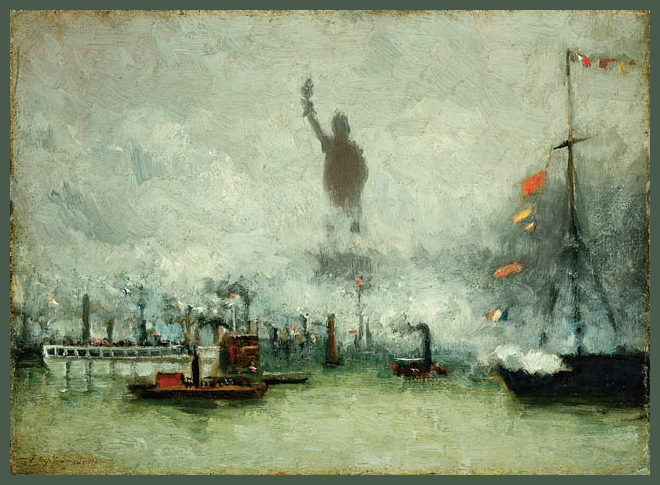 Write one sentence to describe the history of a Stronger United States for each area below: