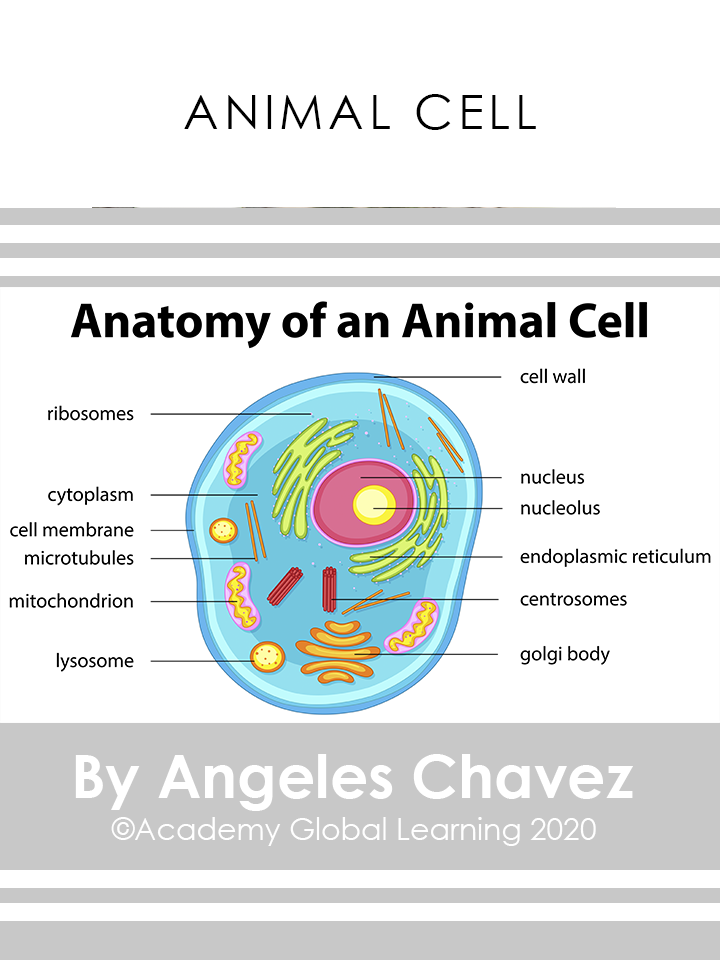 Animal cells are a type of eukaryotic cell that makes up many animal tissues. Animal cells are different from other eukaryotic cells such as plant cells because they do not have a rigid cell wall or chloroplasts.
Animal cells also have smaller vacuoles. Since animal cells do not have a rigid cell wall, they are able to change and adopt many different shapes. They are enclosed by a plasma membrane and have a membrane-bound nucleus and organelles.
The cell membrane controls what goes in and out of the cell.

The nucleus is a cell’s command center. The cell’s genetic material is called the DNA. The DNA contains information about the cell and the type of work the cell does. The nucleus is separated and protected from the rest of the cell by the nuclear membrane. 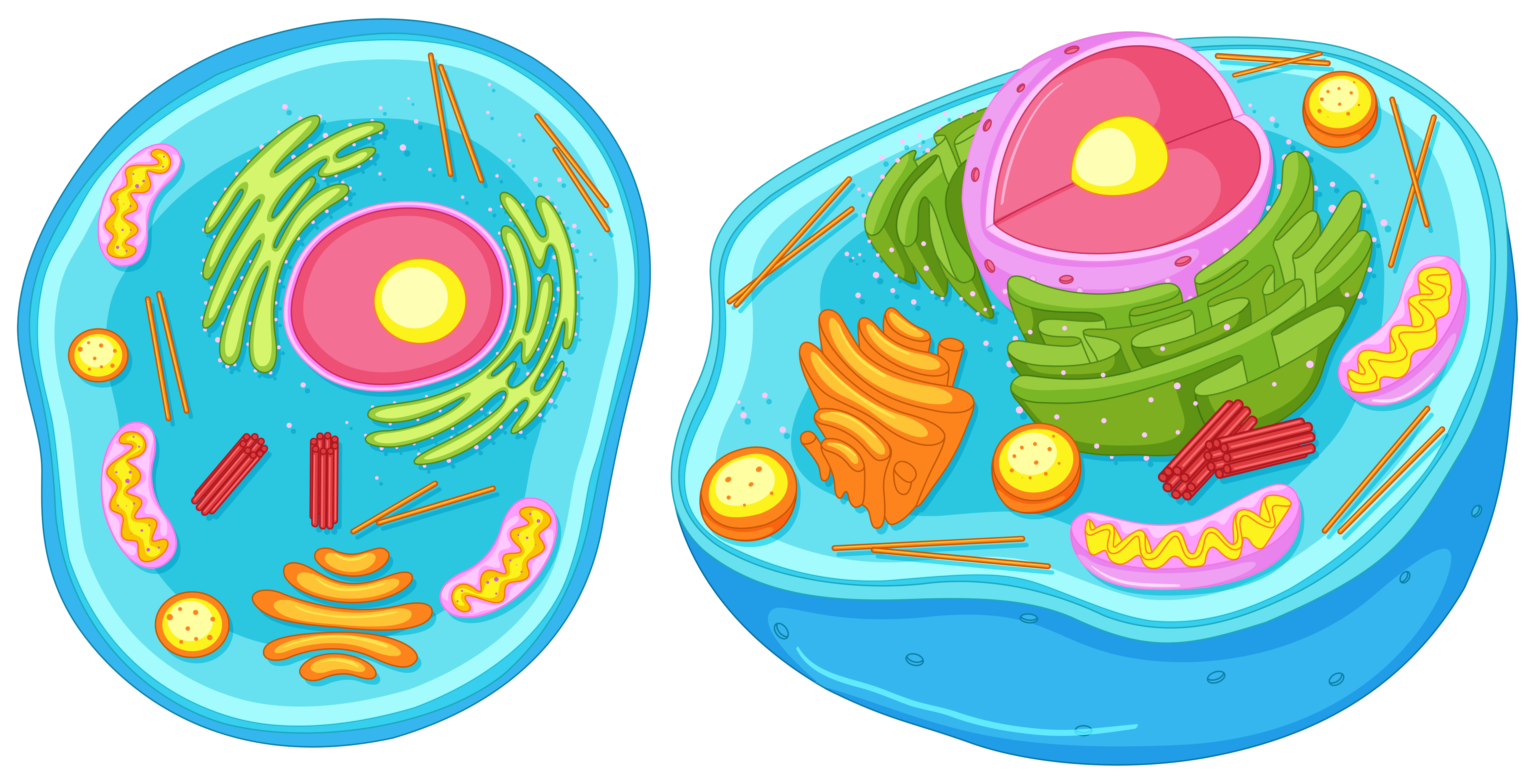 The cells are filled with a liquid substance called the cytoplasm. Ribosomes in the cell make protein for it. Lysosomes digest the large particles.
Mitochondria in the cell convert energy from food into a usable form of energy that the cell can use to grow, divide, and more. The endoplasmic reticulum is made up of a network of tubes and pouches. This network allows materials to be transported throughout the cell.
The mitochondria of the cell release energy from the nutrients.

The golgi complex stores and releases chemicals. An animal cell’s centriole is a structure that is involved in mitosis. Centrioles are found only in animal cells. 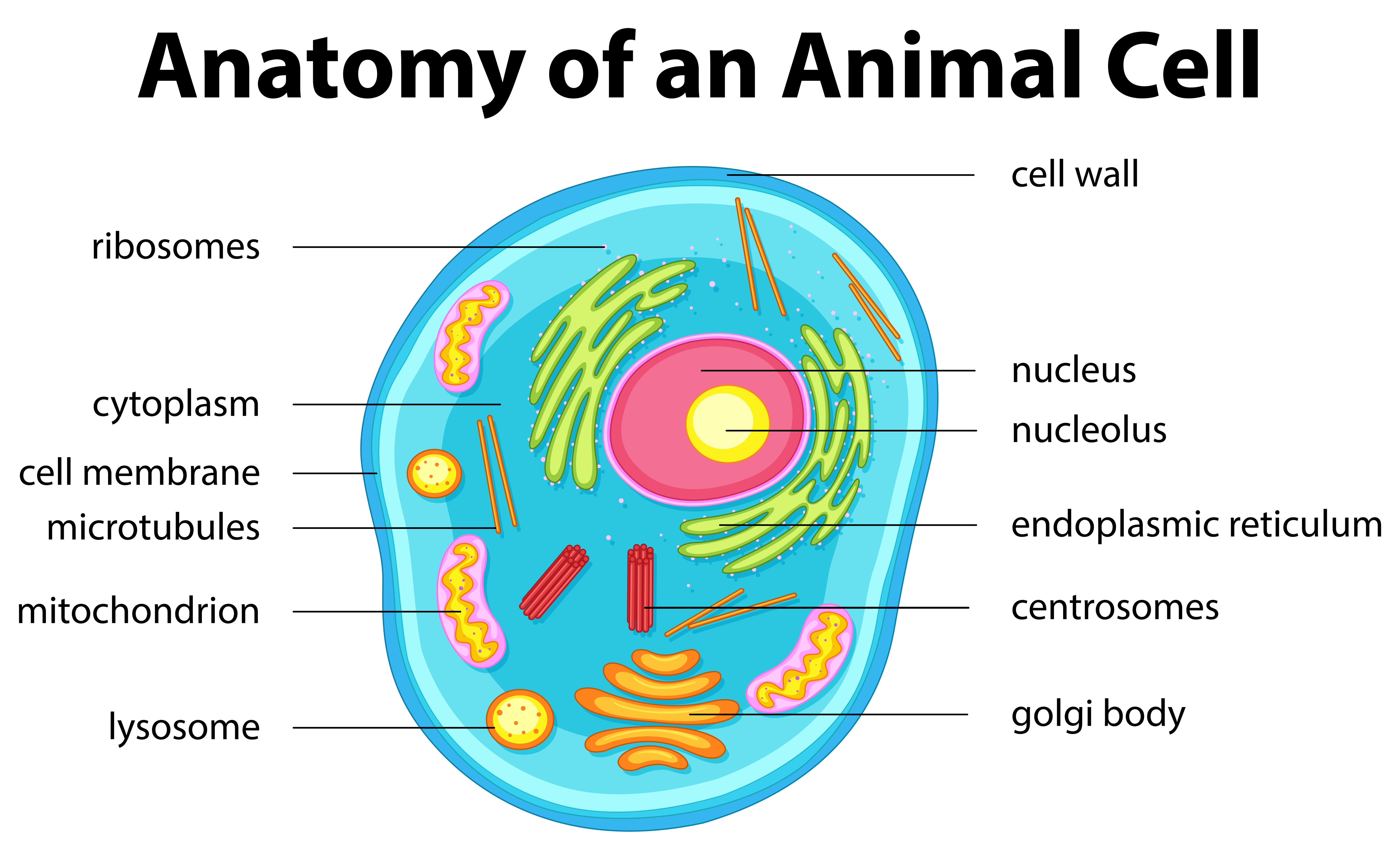