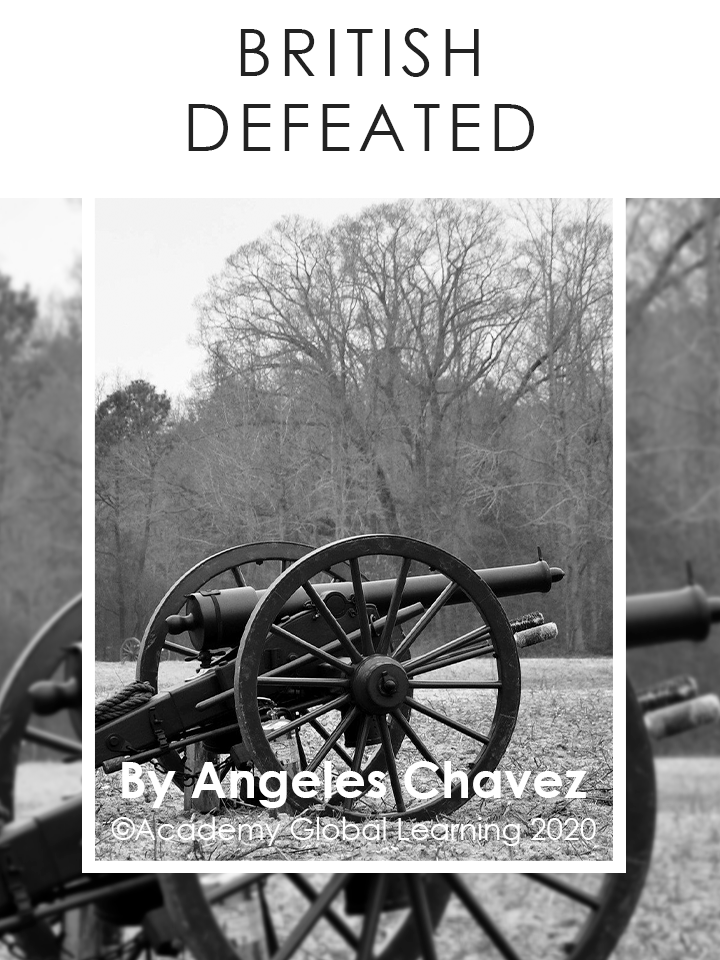 By 1781 only a few forts or towns were in the control of the British army. Some defeated generals had gone back to England.

British General Cornwallis and the few troops he had left, retreated and regrouped in the seacoast town of Yorktown, Virginia. He had planned to use Yorktown as a base for an offensive that would help him conquer Virginia. He was expecting to get more supplies from the Royal Navy anchored off the coast.

General Washington and Rochambeau were joined by Lafayette and Anthony Wayne and moved toward Yorktown. The patriot forces, having sixteen thousand troops, positioned themselves all around Yorktown. At the same time, the French Commander Grasse had successfully blockaded the British by sea.

On October 19, 1781, the British, realizing that help from the coast was not coming, surrendered to the patriot armies. The Battle of Yorktown is considered to be the end the American Revolution.

In London, Prime Minister Lord North finally admitted, “My God! It is all over.” The King had a hard time accepting it. 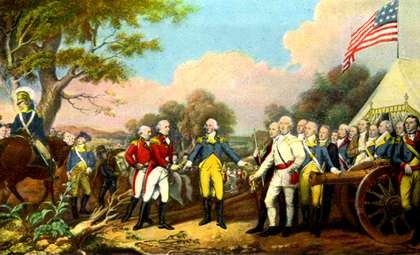 In order to formally accept the independence of the American colonies, a formal document needed to be signed by England and America.

On December 23, 1783, General George Washington resigned his commission before the Continental Congress and went back to his home in Mount Vernon.
The United States was now a free and independent new nation. 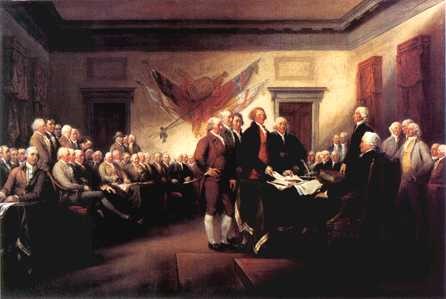 Write one sentence to describe the history of Defeated British for each area below: