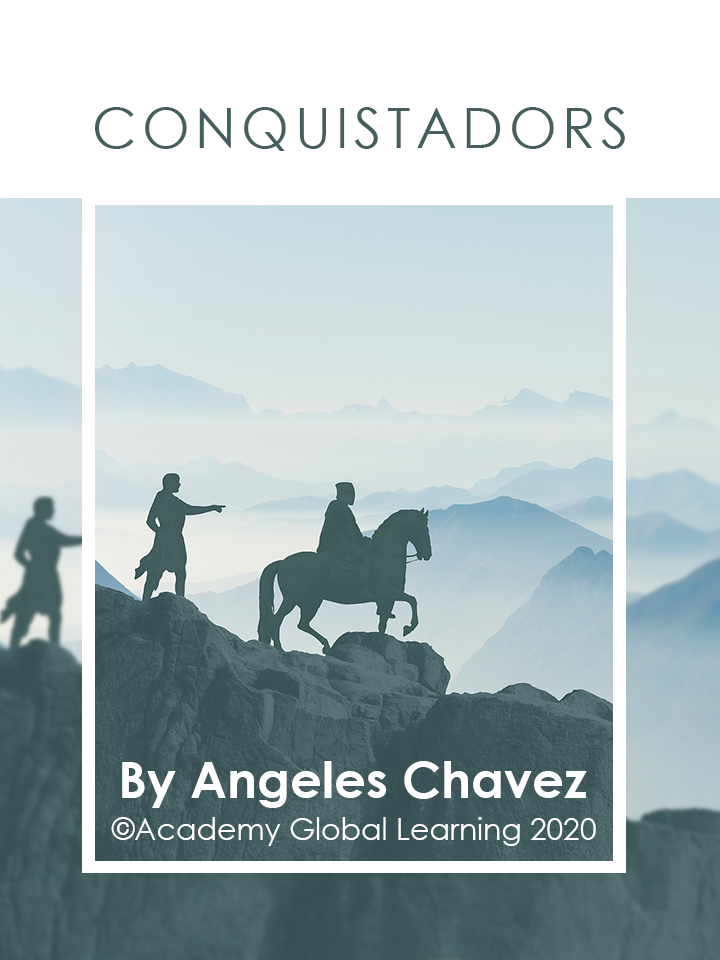 The New World opened many opportunities to obtain new noble titles and property. The conquistadors were men who wanted to become rich. Using “in the name of God” as justification, they fought for gold in the new lands. Many of them treated the Indians, the people that were already there, as slaves.

Hernan Cortes was one of the conquistadors that realized his dream of having access to incredible wealth in America. In 1519, he led an expedition to Mexico. When he landed at Veracruz, the Aztec emperor, Montezuma II, sent an ambassador to receive Cortes with beautiful and valuable gifts. Some say the Indians tried to please Cortes because they had never seen a man riding a horse before and that made him look like a god. The Aztecs surrendered to Cortes on August 13, 1521.

The Aztecs were warrior Indians. Their capital city was Tenochtitlan. They were the most powerful civilization in Mexico. They ruled about five million people. The Aztecs were fine artisans. Their greatest work was the Aztec Calendar. The Spaniards killed many Indians. Many others died because of the sickness brought to the New Word by the Spaniards. One of the sicknesses that killed many Indians was smallpox.

Montezuma II was an Aztec emperor. He did not know how to treat the intruders when they arrived. According to the legend of Quetzalcoatl, the Aztecs were waiting for the return of their God, Quetzalcoatl. When Cortes arrived riding a horse, Montezuma thought that he was an ambassador of Quetzalcoatl and had to be honored. Montezuma tried to please Cortes with gold and silver gifts. Shortly after the arrival of Cortes, Montezuma was killed.

From 1540 to 1542 Francisco Coronado traveled throughout the southwestern part of what is now the United States. In July 1540, he and his men took the pueblo of Hawikuh in what is now central New Mexico. Coronado did not find gold. He continued along the Rio Grande or Rio Bravo and took, by force, the towns and their people. He stole food and made the Indians slaves. 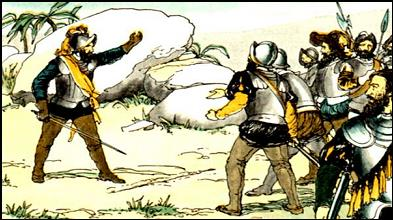 For Francisco Pizarro, conquering the Incas was not easy. Between 1520 and 1531 he tried twice to invade the hidden Inca City of Macchu Pichu in what is now Peru. Finally, the third time he was able to enter the city. Pizarro was the only explorer that nearly obtained as many riches as Cortes. 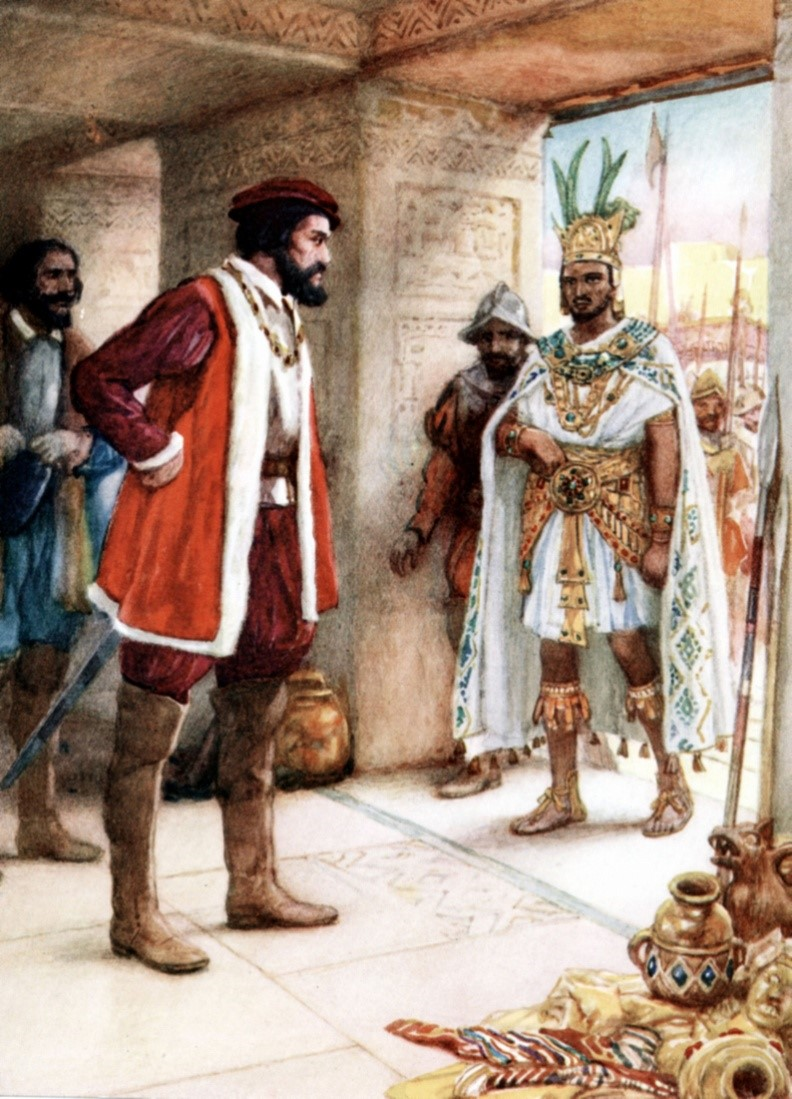 Write one sentence to describe the history of conquistadors for each area below: