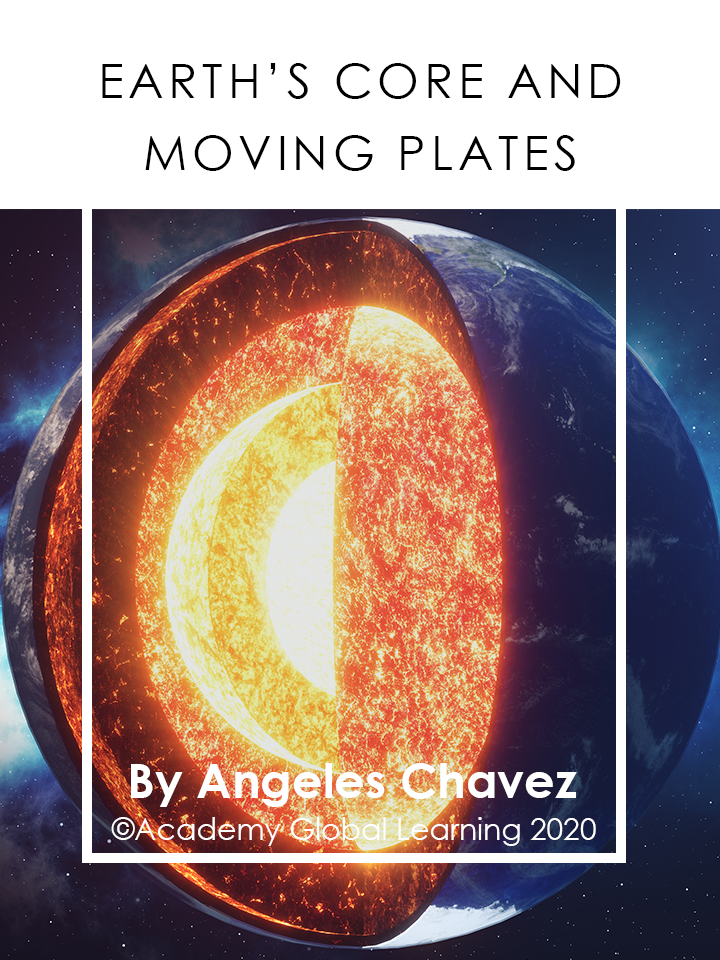 The earth has four layers. The crust is the earth’s outer layer. The crust is solid rock that is from five to twenty miles thick. The next underlying layer is the mantle. The mantle is the thickest layer and is made up of rock.

It is about 1,800 miles thick. This layer of rock can move due to the high temperatures and large amounts of pressure that come from the core. The outer core is the third layer inside. 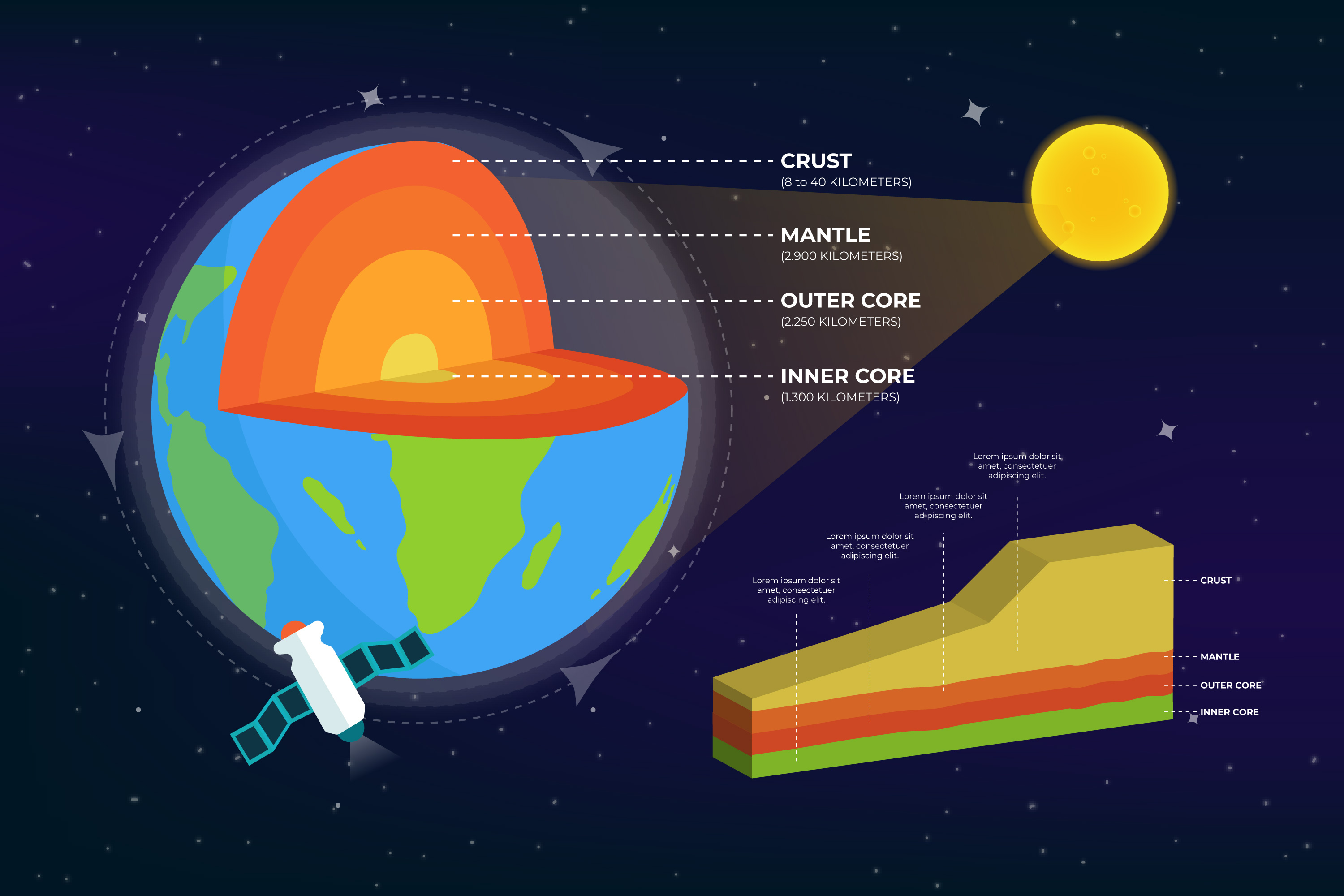 The temperature in the inner core is extremely hot and can reach temperatures higher than 9,000 degrees Fahrenheit.
The earth’s crust is broken into about twenty plates. The concept of their movement and its effect on the Earth is the theory of plate tectonics. The plates are slowly moving and they sometimes move towards each other.

When a plate bends and goes underneath another plate, this is called a trench. The edges that are sent below go into the earth’s mantle, which is extremely hot, and it begins melting into magma. When magma rises and breaks through the earth’s crust, a volcano is formed. The resulting explosion is a volcanic eruption. 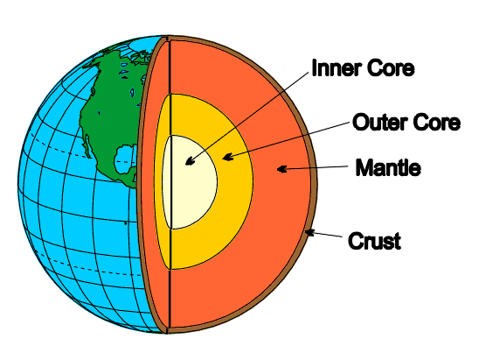