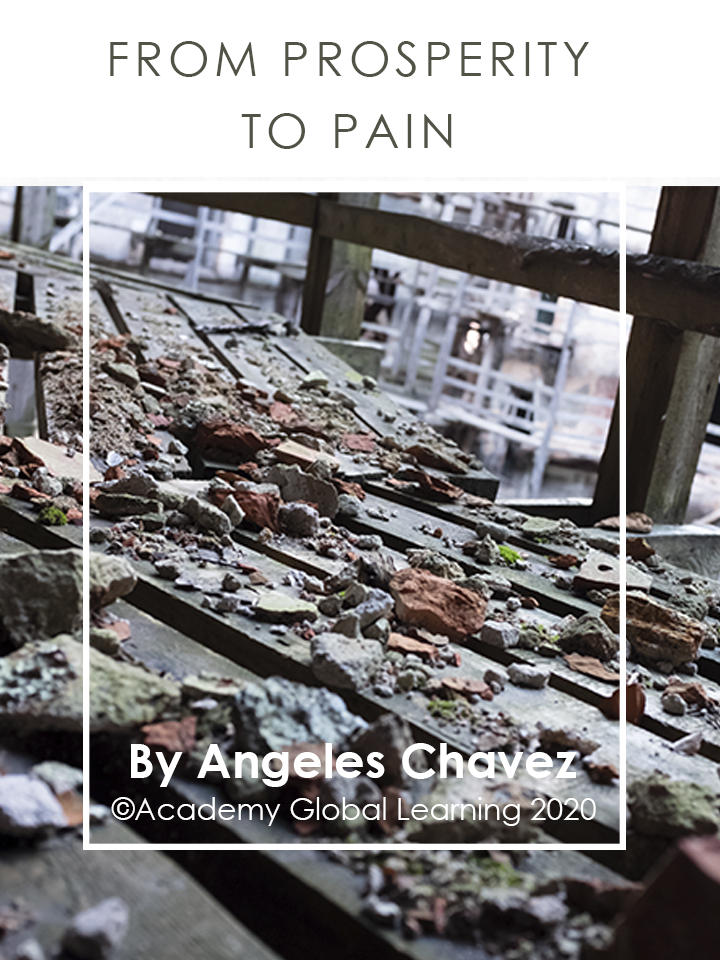 From Prosperity to Pain

In the 1920s, although factories were working and most people were enjoying secure jobs, problems began to arise in the economy. Farmers had borrowed money to buy more land and machinery so that they could meet the high demand for food in Europe during World War I. When the war ended, their foreign markets fell. Now, since the farmers had a surplus of crops and faced falling prices, most of them could not afford to pay their debts.

The cities also faced growing problems. Factories were producing mountains of goods, but the workers were being paid very low salaries. Factory inventories were very large because even on credit, people could not afford to buy all the goods that were being produced.

In the meantime, a growing number of people were beginning to risk their money in the New York Stock Market. People would buy stocks, or “shares” of ownership in large corporations with the hopes of making a profit by selling the shares at higher prices. 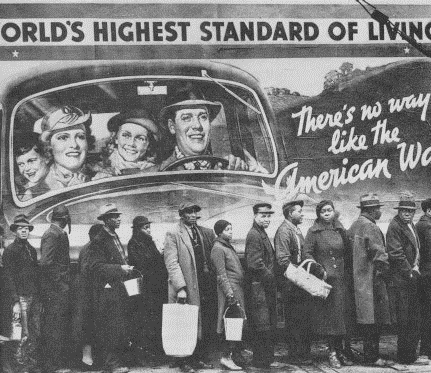 Stock prices continued to rise during the late twenties, but the market began to decline in 1929. On Thursday, October 24, 1929, panic hit on Wall Street, the nation’s financial center located in New York City. This day became known as “Black Thursday.” On this day, millions of people rushed to sell their stocks, but there were very few buyers. Within a matter of days, millions of shares had become worthless. The banks and the banking system collapsed.

Americans had lost confidence in the economy by the end of the year. Many factories began laying off workers and cutting production. With unemployment spreading so fast, the streets became crowded with hungry and unemployed men and women. This era became known as the “Great Depression.” 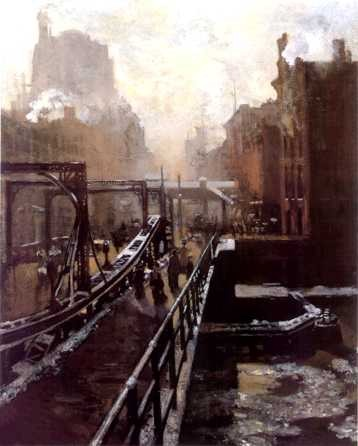 Write one sentence to describe the history of U.S. From Prosperity to Pain for each area below: