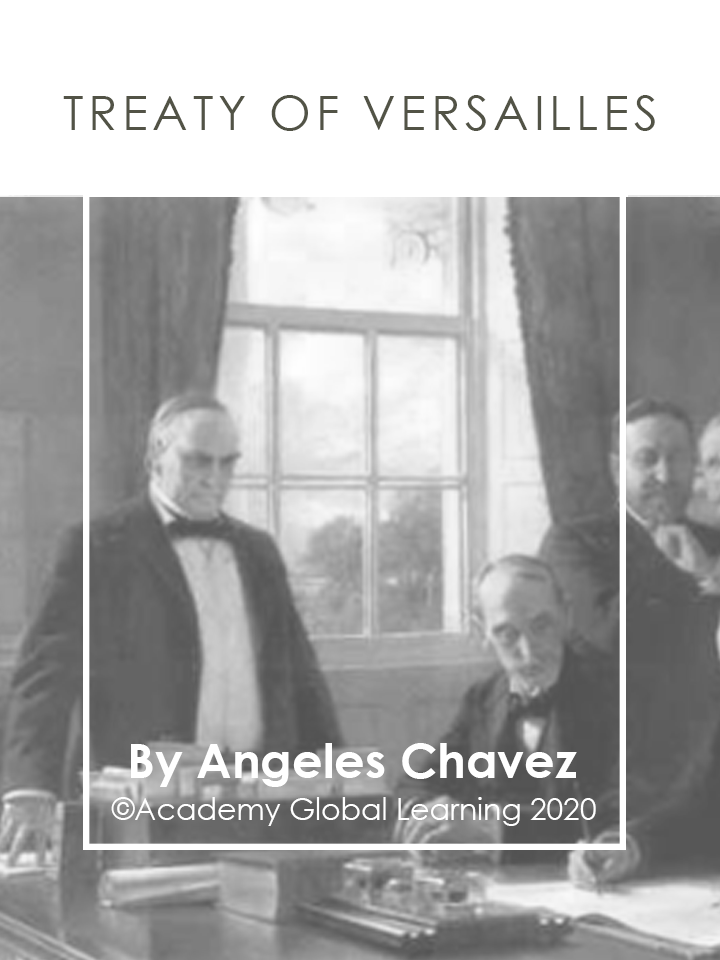 In December 1918, President Woodrow Wilson joined the Allies in Paris to help prepare the peace treaty. President Wilson hoped that the treaty would create fairer colonial policies, limit arms, and create a “League of Nations.” The League of Nations was an organization in which all of the member countries met regularly to discuss ways to protect the peace and settle conflicts.

The Treaty of Versailles was signed at the Palace of Versailles on June 28, 1919. The Germans found in difficult to accept despite President Wilson’s promise that peace would have no hard feelings. The treaty forced Germany to return a large French territory that had been taken forty-eight years earlier in addition to lands to the east.

Germany was forced to dissolve the majority of its armed forces.

They were also required to pay billions of dollars in reparations and to admit that Germany alone was to blame for starting the war.

On January 8, 1918, President Woodrow Wilson addressed the U.S. Congress and presented his famous “Fourteen Points” in hopes of having the U.S. adopt the Treaty of Versailles. These points became the basis for the terms of the German surrender. Wilson had hoped that the U.S. Congress would approve the Versailles Treaty. 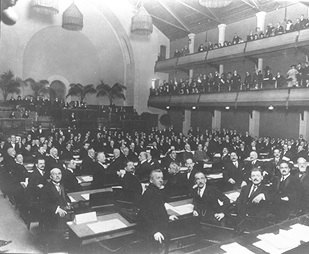 However, many in the Senate, mostly Republicans, did not favor the League of Nations. Some Senators were angry with Wilson for his not allowing them to participate in the drafting of the League proposal. Also, many Senators did not want the United States to join an international organization that was likely to engage in European conflicts at some point in the future.

After much debate over the approval of the Treaty of Versailles, the Senate refused to approve the Versailles Treaty or let the U.S. join the League of Nations. On July 2, 1921, through a joint resolution, Congress ended the war with Austria-Hungary and Germany, and approved separate treaties with each country a few months later. 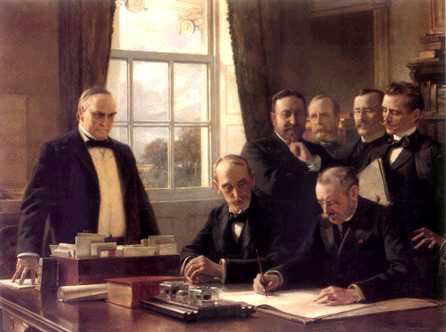 Write one sentence to describe the history of the Treaty of Versailles for each area below: