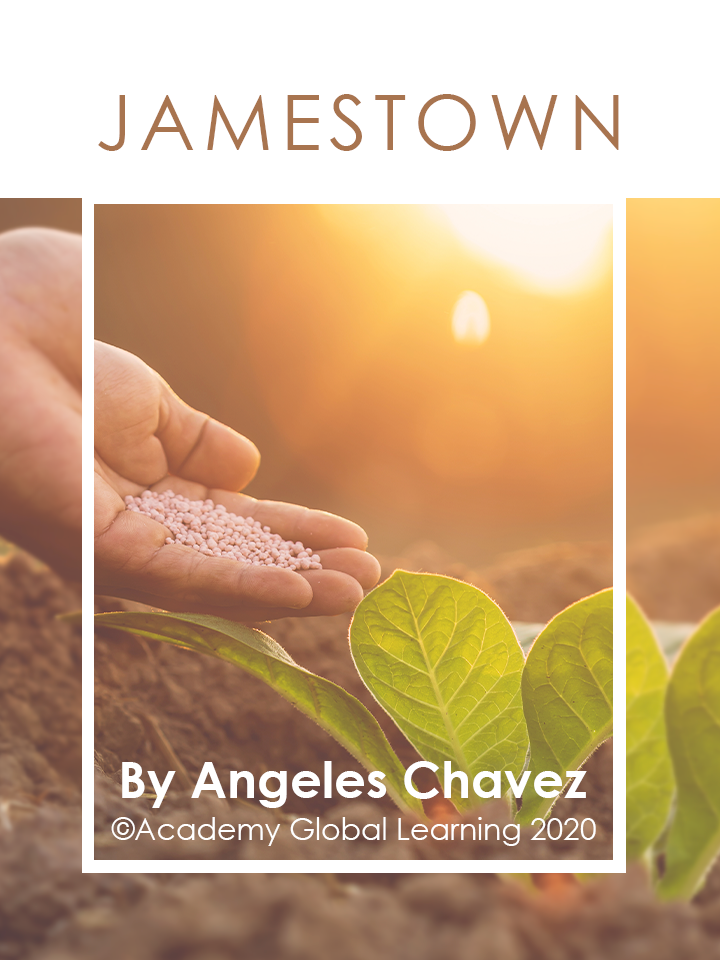 In 1606, James I, the King of England, gave the London Company permission to found a colony in the New World. One hundred and twenty people arrived in America in 1607. They settled near a river. They called the river the James River in honor of the King.

One of the men, John Smith, began trading with Powhatan. Powhatan was the chief of the Powhatan tribe. The tribe gave John Smith corn and beans for his people. The legend says that Pocahontas, Powhatan’s daughter, saved John Smith’s life.
In 1612, John Rolfe arrived in Jamestown. He began to grow tobacco. In 1614, John Rolfe married Pocahontas. This helped keep peace with the tribe. Rolfe took Pocahontas to England. She met the King and Queen. Pocahontas soon died of smallpox because she was not immune to that disease.

In 1619, the London Company gave the colonists of Virginia a voice in their own government. The Company allowed the colonists to pass laws. This was the first representative government in North America. It was called The House of Burgesses.

Peace between the Powhatans and the settlers ended in 1622. In 1698 the colony was burned. 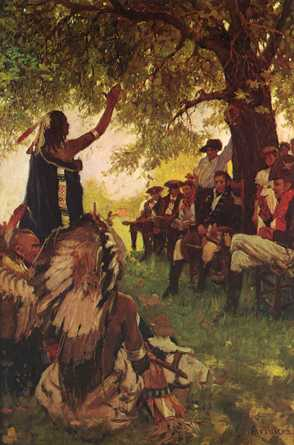 Write one sentence to describe the history of jamestown for each area below: