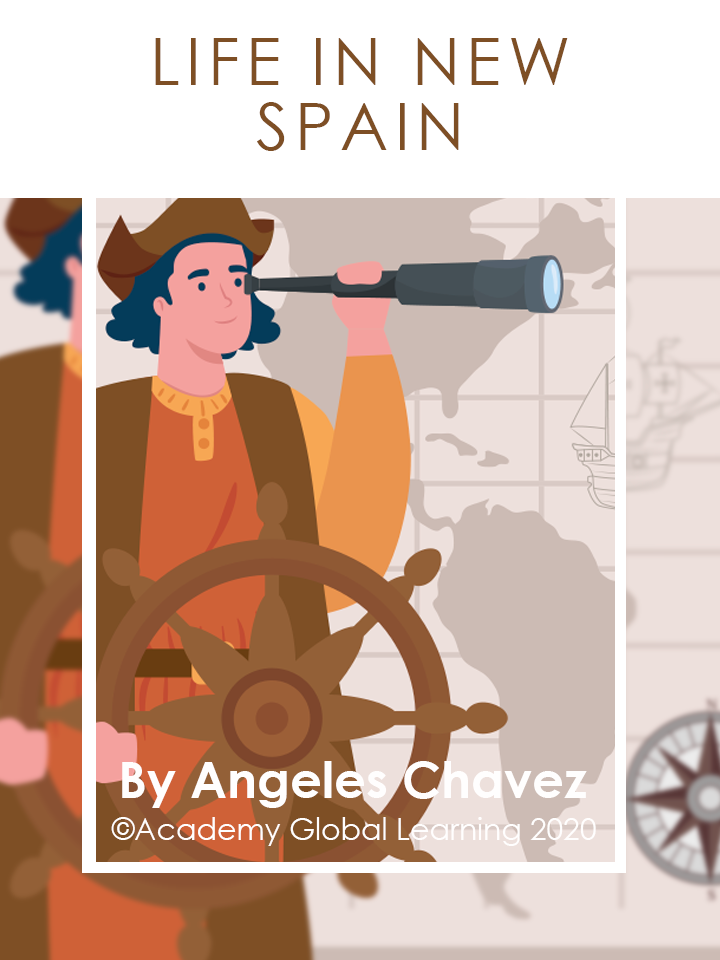 Columbus was born in Genoa, Italy. As a boy he worked for his father, a weaver. He always liked to hear stories about the sea. At age 14, he went to sea. For the remainder of his life he was a sailor.

Columbus thought that if he sailed west he could reach India and other lands rich in jewels, silk, and spices. He believed that Cipango (Japan) and Cathay (China) were less than 3,000 miles away. He tried to interest a European country in financing his expedition.

Finally, he got help from Spain. King Ferdinand and Queen Isabella agreed to give Columbus three ships: the Niña, the Pinta, and the Santa Maria. On August 3, 1492, he left the Port of Palos, Spain, with 88 men.

Columbus sailed west across the Atlantic. He believed that he would reach Cipango (Japan) in one month.

But Columbus was wrong about the size of the earth. He did not know that Japan was more than 10,000 miles away, neither did he know that America was between Europe and Asia to the west.

On October 12, 1492, Columbus landed on an island in what is now known as the Bahamas. He thought the island was Cipango. He named it San Salvador and claimed it for Spain. After that he discovered Jamaica, Puerto Rico, Hispaniola, and Cuba. He mistakenly thought Cuba and Haiti (part of Hispaniola) were Cathay (China). 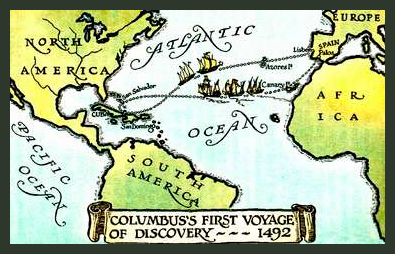 Columbus came back to Spain after a trip of 224 days. For a while he was a hero in Spain. Ferdinand and Isabella sent him back to the New World on three more expeditions.
After the last expedition Columbus was sick and discouraged because he never found the lands rich in jewels, spices, and silk that he had dreamed of. He died in 1506. He never realized that the people he called “Indians” were inhabitants of a new world. He died believing he had reached the Far East.

Amerigo Vespucci (1454-1512) was an Italian who followed the routes of Columbus. He made four trips between 1497 and 1504 to America. In 1499 he discovered Brazil and Venezuela. In 1501 he used, for the first time, the phrase “New World” to describe the region he discovered.

In 1507, the German cartographer, Martin Waldsseemuller, started to use the word “America” in honor of the land Amerigo Vespucci had explored

. Balboa was a Spaniard who sailed to Panama. He went across land and thick jungles and over mountains to reach the west coast of Central America. He was probably the first European to see the Pacific Ocean from the American side.

In 1493 the Pope established the Line of Demarcation as an imaginary line around the earth, running north and south. This line divided the world in half. Portugal could claim all non-Christian lands on one side of the line and Spain the lands on the other side of the line. They did not realize at the time that this line gave Spain the rights to most of two continents: North and South America.

Write one sentence to describe the history of Life in New Spain for each area below: