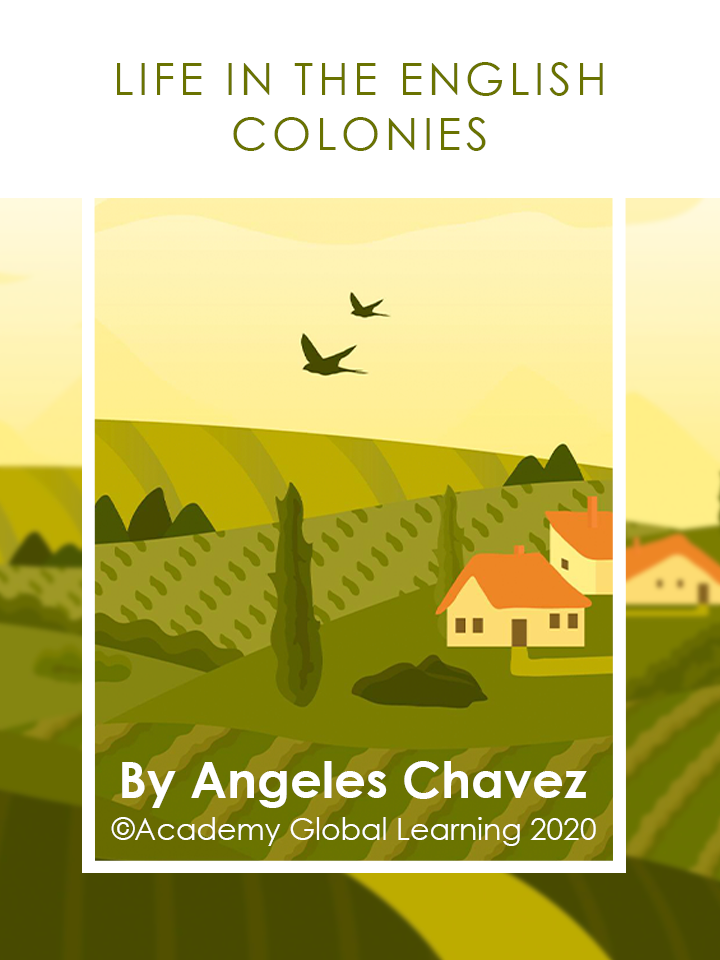 Life in the english colonies

Life in the English colonies was not easy. People worked very hard in order to survive the cold winters, the heat of summer, the loneliness, and the diseases.

The colonists made their own clothes and grew their own food. There was so much work to do that everyone in the family worked. Parents worked on the endless job of making a home. The women had to spin the thread, weave the cloth, and sew cloth together to make new clothes. The women also grew vegetables. Women took care of the hens and gathered the eggs. They brought water to the house from wells or streams. They made their own soap too.

Small children had to work too. There was not much opportunity for education. The children’s chores were bringing fuel for the day, cutting potatoes, watering the horses, gathering vegetables, and watching the cattle and sheep.

There were no doctors. If someone was sick, the cure was simple, “lie in bed until you feel better or until death relieves you.” Many babies died before their first birthday. Many others did not make it through their first five years. 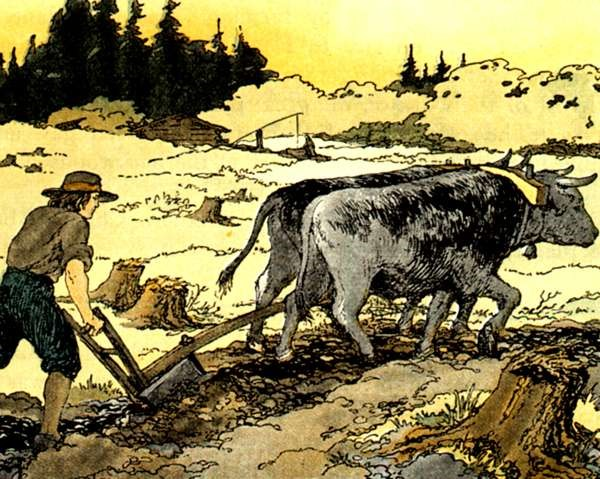 The plantation owners soon became rich men with much power. The plantation system was one in which one crop was grown on large land areas with slave labor.

SLAVERY IN THE COLONIES

In 1619 a Dutch ship brought to America the first Africans. These African slaves were sold in Jamestown. Most of the slaves worked in the southern plantations.

In Africa people were kidnapped, separated from their families and friends, and brought to America to be sold as slaves. About 350,000 slaves were brought to America during the 1700s. By 1800, the African population in America was about one million.
By 1850, there were three million slaves. Marriage was not legal among slaves. The children of the slaves were the property of the master. A slave could have been bought or sold for anywhere between one dollar and two thousand dollars.

Most of the American colonists were Englishmen. They believed that they had the same rights and privileges of loyal subjects of the crown. They had earned these rights many years before, in early English history.

A long, long time ago, the English king was a monarch. He had all the power to govern his country. Then, in 1215, King John signed The Magna Carta. The Magna Carta gave some rights to the nobles.
The most important rights of the Magna Carta were the rights of a person to a trial and the right of the nobles to approve any taxes the king wanted to impose. This was a very important step in that it took power away from the King.

In 1689 the king signed the English Bill of Rights. This paper took away almost all of the power of the king and gave it to Parliament. Parliament was a body of men who had been chosen to make governmental decisions. This helped establish the idea that there were human rights that were possessed by citizens from birth and were therefore not given them by the king. This also meant that they could not be taken away by the king. After the signing of the English Bill of Rights, the English monarch became mainly symbolic and ceremonial.

With the passage of time, many laws were accepted as part of the common law. When the English settlers came to America, they brought with them their tradition of law. As they became established in the colonies, their ideas about freedom and law had a great influence.

Write one sentence to describe the history of Life in the english colonies for each area below: