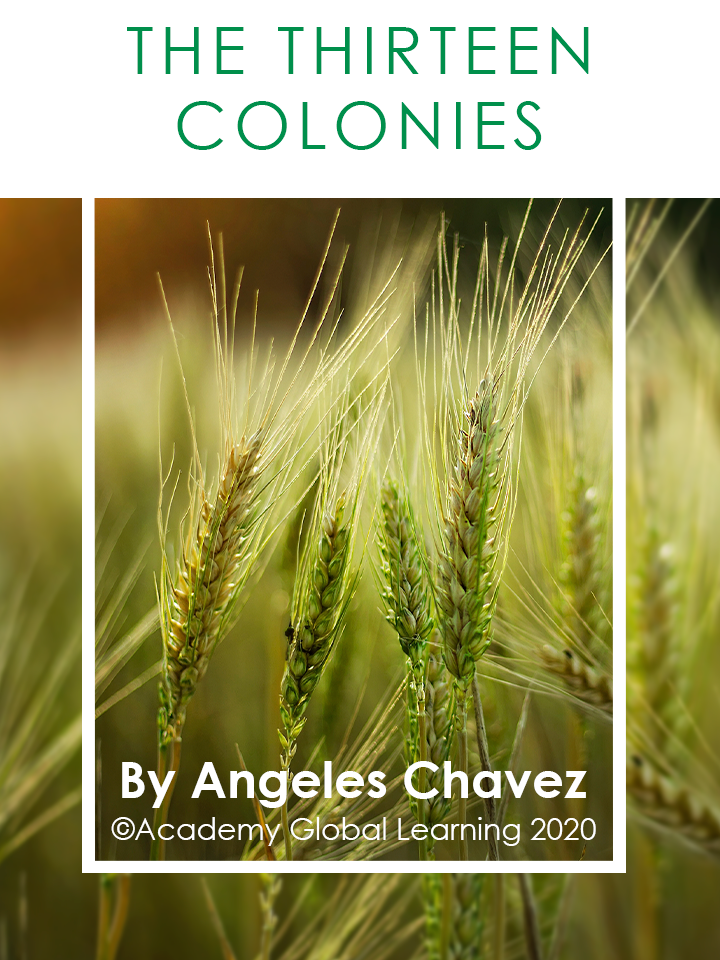 The English settlers, or colonists, depended completely on the land and the climate where they settled to support themselves and survive. There were many differences in geography, industry, and ways of life in different sections. The colonists naturally grouped themselves in three sections. There were the New England Colonies, the Middle Colonies, and the Southern Colonies.

The New England Colonies had rocky soil that was not fertile. The climate was wet and cold. The rivers and streams were fast and had many rapids. The coast was rough and irregular. Fortunately, it did have natural harbor areas. The colonists could not depend on agriculture there. There were a few very small farms and they did not produce enough food for everybody.

The main occupations in these colonies were fishing, shipbuilding, and logging. They traded fish, lumber, and furs with other towns. The New England Colonies later manufactured and provided for all of the textile needs of the colonies. Most of the people lived in towns. They developed a strong feeling for self-government. They originated the idea of town meetings. In Massachusetts the towns of Salem and Boston were the main seaports for trade. 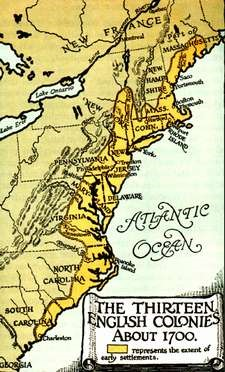 The Middle Colonies or Mixture Colonies were a combination of the New England Colonies and the Southern Colonies. They survived by farming, fishing, shipping and processing lumber. English, Dutch, Swedish, Irish, Scottish and French people lived in these colonies. They grew wheat, rye, barley, oats, corn, and fruit. They were called the “Bread Colonies” because of the large amount of wheat that they grew.
Most of the manufacturing done in the colonies was done in the Middle Colonies. They manufactured cloth, woolens, flour, guns, wagons, glass, leather goods, tools, and iron products. Their main ports were New York, New York, and Philadelphia, Pennsylvania.

Write one sentence to describe the history of The thirteen colonies for each area below: