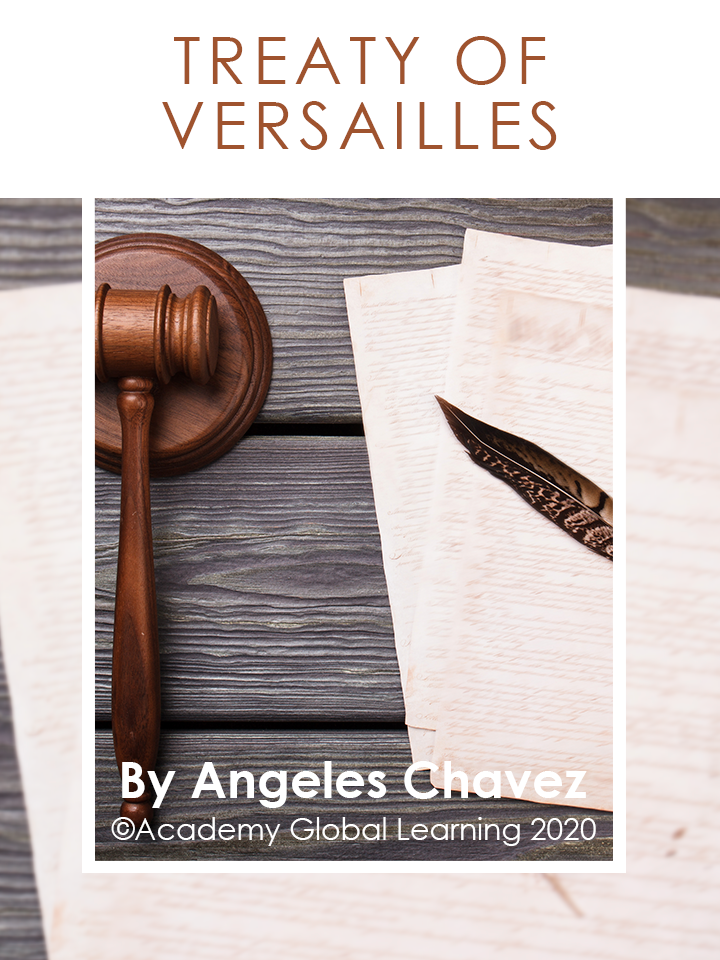 In December 1918, President Woodrow Wilson went to Paris to prepare the peace treaty with the Allies. He had planned that the treaty would limit arms, create more fair colonial policies, and establish a “League of Nations” (an assembly where all member countries would meet regularly to discuss how to settle their conflicts and protect the peace).

In the treaty Germany alone was blamed for starting the war, and was asked to pay billions of dollars in reparations. Germany also was forced to give back to France a large territory taken 48 years earlier. Another important part of the treaty was the fact that Germany had to disband its armed forces.

In the U.S., Senators, mostly Republicans, did not favor the League of Nations proposal in the treaty. Congress ended the war with Germany and Austria-Hungary on July 2, 1921, on its own terms. They ratified separate treaties with each country several months later.