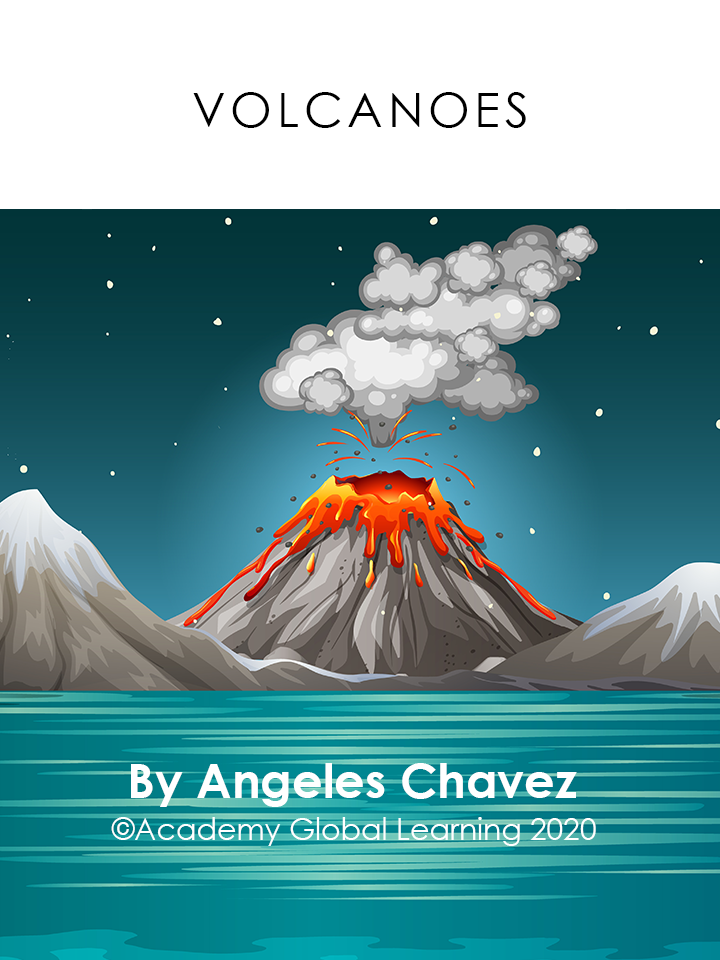 A volcano is an opening in the surface of the earth through which gases, lava, and ash can erupt. Igneous rock is formed by cooled lava, or magma.
Lava is the hot liquid rock that comes out of a volcano. When lava comes out of a volcano, it spills out on the earth’s surface, and when it cools, the magma becomes solid. Magma is the molten rock under the earth’s surface. The vent of a volcano is the opening in the surface from where gases and lava can erupt.
A caldera is a pot shaped volcanic feature formed by the collapse of the cone of a volcano after a volcanic eruption. A cone volcano has an upside- down cone shape and is the one you see most often in pictures. A shield volcano is one that is wide. 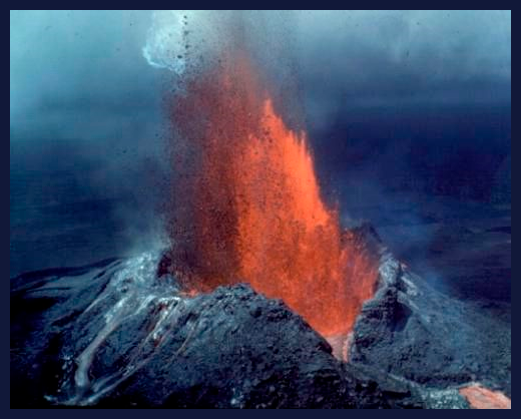 An active volcano is one that shows signs of unrest or is in the process of erupting. A dormant volcano is a volcano that is not active but is likely to erupt later in the future.
An extinct volcano is one that is not active and will probably never be in the future. Pumice is the light, glassy volcanic rock that is formed from lava when really hot, highly pressurized rock is violently ejected from a volcano.
A geyser is a stream of hot ground water that shoots up out of the earth’s surface when it is heated by volcanic activity. Mount St. Helens is an active stratovolcano that erupted in 1980 and is located in the ring of fire. The Ring of Fire is an area in the Pacific Ocean that has over 160 active volcanoes. 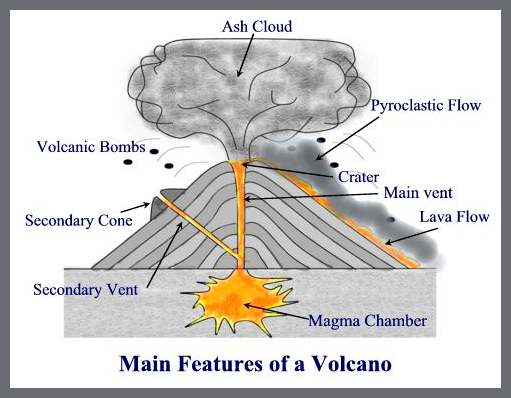