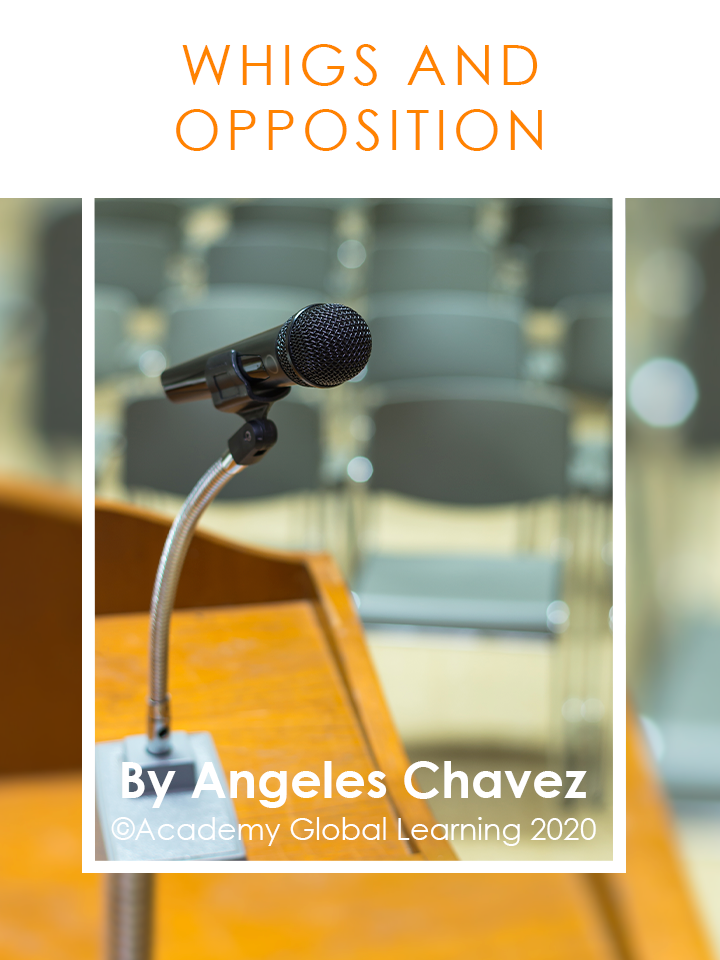 In 1837 the President of the United States was Martin Van Buren. He was a Democrat from the Whig Party. Whig was a word used in England for people who opposed the King. The Whig Party was started in the U. S. in 1835 by Henry Clay, John Calhoun, Daniel Webster, and other people.

Another Whig Party member was William Henry Harrison. He served as President of the United States for only thirty-two days. He died of pneumonia. His Vice-President, John Tyler, continued his Presidency.

He knew his party had no control over him. Very soon, problems arose. Tyler and his cabinet could not work together. Tyler vetoed all the proposals the cabinet made. The cabinet protested his attitude. As a result of the protests, Congress gave no money to repair the White House while Tyler was President.

Although John Tyler didn’t work very well with his cabinet, as a president he achieved important things for the country. He solved, without conflict, the disputes about the border with Canada. He expanded trade with China. He tried to stop illegal African slave trading, and he signed the annexation of Texas to the Union. He is remembered as a strong-willed and honest man.

Write one sentence to describe the history of the Whigs and Opposition in the U.S. for each area below